You are here: Home › Church of Scientology Celebrates Latin Culture and Women’s Empowerment
By Send2Press Newswire on October 26, 2022 in Mass Media News 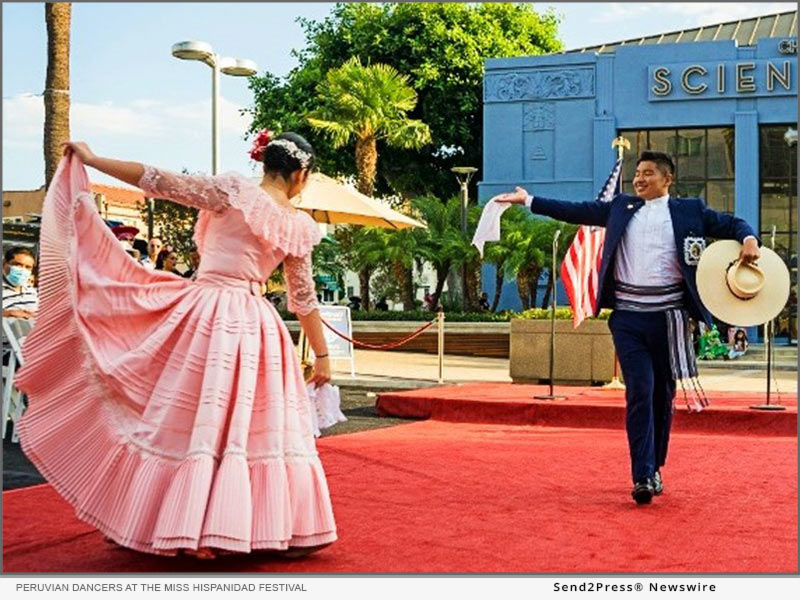 HOLLYWOOD, Calif., Oct 26, 2022 (SEND2PRESS NEWSWIRE) -- The vibrant strains of Latin Music filled East Hollywood when the Church of Scientology Los Angeles hosted the Miss Hispanidad Festival. It was held during National Hispanic Heritage Month (September 15-October 15), set aside to honor the history, culture and contribution of those whose ancestors came from Spain, Mexico, the Caribbean and Central and South America. Miss Hispanidad Festival promotes women's empowerment and celebrates the Latin culture of the Americas.

South America was represented by the culture of Peru, Central America by Costa Rica, North America by Mexico, and the Caribbean by the Dominican Republic.

With their commitment to promoting and defending the human rights of all Angelenos, L.A. Scientologists believe in the importance of preserving and honoring the languages, traditions and heritage of the many cultures that call Los Angeles home. There are nearly 5 million Hispanics and Latinx men, women and children in Los Angeles County. They each have the right, as stated in Article 27 of the Universal Declaration of Human Rights, to freely "participate in the cultural life of the community, to enjoy the arts and to share in scientific advancement and its benefits."

The Church of Scientology Los Angeles partners with Hispanic and Latinx organizations to provide resources to celebrate and keep these unique and diverse cultures alive. According to UNESCO, there are over 7,000 languages spoken globally, of which nearly 6,700 are indigenous languages. Some 40 percent of these are at risk of disappearing, and, with the loss of these languages, a unique piece of humankind's history will also be lost.

The Church of Scientology Los Angeles is designed to provide ideal facilities for Scientologists on their ascent to higher states of spiritual freedom and to serve as a home for the entire community -- a meeting ground of cooperative effort to uplift people of all denominations. It was dedicated by Scientology ecclesiastical leader Mr. David Miscavige in 2010.

The Church of Scientology Los Angeles is featured in an episode of Inside Scientology on the Scientology Network, available on DIRECTV channel 320 and streaming at Scientology.tv, through mobile apps and via the Roku, Amazon Fire and Apple TV platforms.

For more information, visit the website of the Church of Scientology Los Angeles or the new interactive timeline on Scientology.org.

The Scientology religion was founded by author and philosopher L. Ron Hubbard. The first Church of Scientology was formed in Los Angeles in 1954 and the religion has expanded to more than 11,000 Churches, Missions and affiliated groups, with millions of members in 167 countries.

This press release was issued on behalf of the news source, who is solely responsible for its accuracy, by Send2Press Newswire. To view the original story, visit: https://www.send2press.com/wire/church-of-scientology-celebrates-latin-culture-and-womens-empowerment/