PALMDALE, Calif. /California Newswire/ — Steve Hill, a former Marine, retired peace officer and self-described, part-time “activist comic” known as “Satan” is running for California’s 27th congressional district to rid the region of political corruption. He explains he chose the “Satan” moniker as a symbol of rebellion against entrenched, overly-comfortable authority. He vows to work to get money out of politics and to ensure church and state never meet. 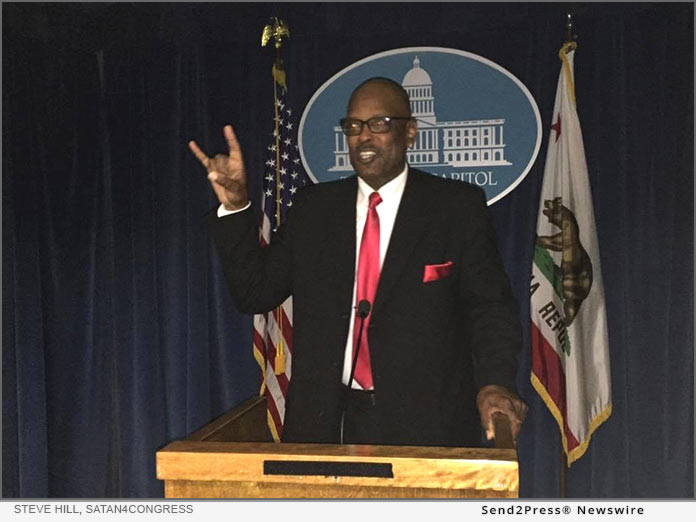 Hill’s top goal is to reform the police and court system for people who are unable to fight for themselves. So, while he jokes about topics such as race, religion and politics, he knows it’s really no laughing matter.

His run for congress is also well-timed in wake of a package of sweeping new police reforms that California Gov. Gavin Newsom recently signed.

“If we want the police to truly do their jobs, which is to protect the public, then we must hold those who are not doing that accountable,” Hill says. “We must rid the nation of white supremacist nationalist gangs; the country is saturated and it must stop. We need to get to the bottom of the insurrection.”

So, who is Hill? After the military, he pursued a career in the aerospace industry, and after seven years, he was ready for a change and had a desire to serve again. He decided to become a correctional officer and worked in two different maximum, security prisons. He was horrified by the conditions and crimes that occurred even within the prison walls, so he took a job as a middle school security supervisor. Little did he know that schools were nearly as dangerous. On multiple occasions, he was threatened by kids and parents too. Today, Hill runs a real estate appraisal business and is focused on this congressional run.

If elected, in addition to concentrating on police reform, Hill plans to foster respect for the constitution, and to advocate for immigration, education reform and voting rights. Hill knows that this is a tall order, but as a dedicated advocate for the powerless, he’s up for the challenge.

“I want to shake things up,” Hill says. “If I have to tell people that I’m the devil to get them to listen, then I’m okay with that; I’m the devil. I’m also an American patriot.”

To emphasize his devotion to the people, and not the establishment, he will only take campaign donations from individuals. No corporate or union dollars will be accepted to fund this “power to the people” campaign.