You are here: Home › Music Theater Works Presents BILLY ELLIOT: THE MUSICAL in Chicago, through Jan. 2, 2022
By Christopher Laird Simmons on December 27, 2021 in Featured, MuseWire

SKOKIE, Ill. /Music Industry Newswire/ — Music Theater Works shall present “Billy Elliot: The Musical” at the North Shore Center For The Performing Arts In Skokie illinois from December 23, 2021 through January 2, 2022 as the final production of the 2021 Season. “Billy Elliot” is an inspirational story about the power of being true to yourself, the unity of family, and the coming together of a community backgrounded by the UK miners’ strike in 1984. 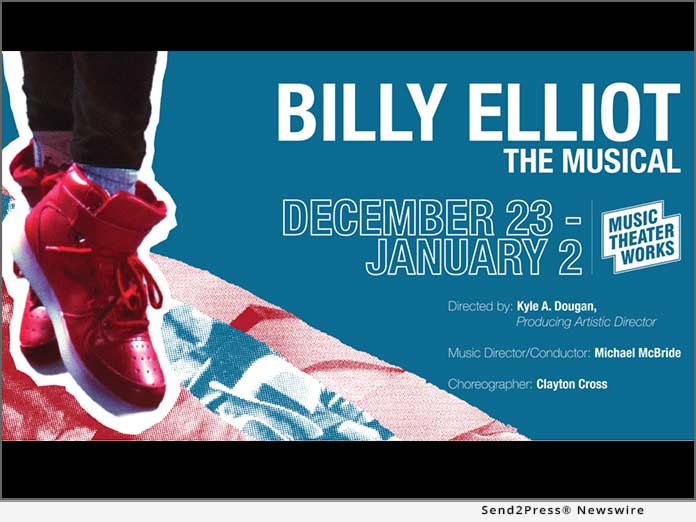 Boasting a Tony Award and an Olivier Award for Best Musical, “Billy Elliot” is based on the 2000 international smash-hit film and features a score by music legend Sir Elton John.

From the bleak, muggy streets of northern England to the bright stage lights of a London stage and a brighter tomorrow, “Billy Elliot” tells the story of a boy’s desire to express himself through dance and is the inspirational story about the power of being true to yourself, the unity of family and the coming together of a community during the UK miners’ strike in 1984.

What:
* Billy Elliot: The Musical
* Music by Sir Elton John
* Directed by Kyle A. Dougan
* Book and Lyrics by Lee Hall
* Choreography by Clayton Cross
* Music Directed and Conducted by Michael McBride

Ticket prices range from $41 to $108 and tickets for guests 25 and under are half-price.

The approximate run time is 2 hours and 45 minutes, including one 15 minute intermission.

ALL GUESTS will be required to wear a face mask regardless of vaccination status and to present their photo ID with proof of full vaccination from COVID-19 with an approved vaccine.

Music Theater Works is a professional non-profit theater company based in Wilmette, Illinois featuring a colorful repertoire including operetta, the Golden Age of Broadway, the Great American Songbook, and modern classics since 1980.

As of 2021, Music Theater Works has become a resident theater company at the North Shore Center For The Performing Arts In Skokie (9501 Skokie Blvd, Skokie, IL 60076).