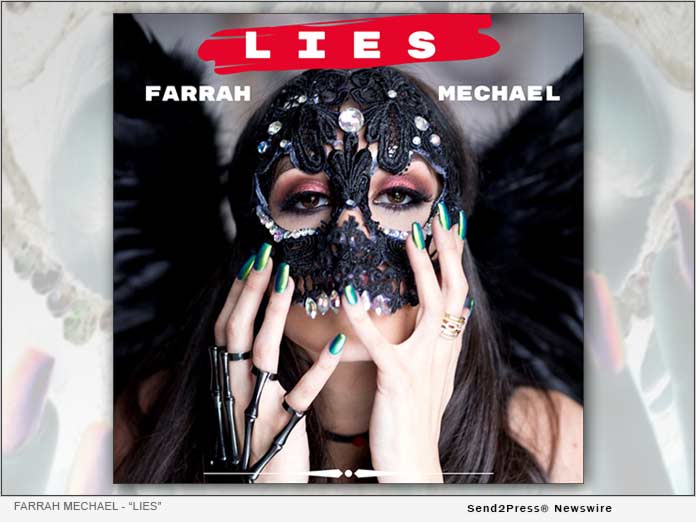 Farrah Mechael has been gaining attention with her performances at iHeart Radio's Wango Tango in Los Angeles in 2018 and Detroit Summer Jamz in 2019 and with her dedication to community building and mental health activism on her growing online platform.

She is ready to change the world with her message and music commonly stating, "I truly do believe the world needs change. And if we don't change it, who will?"

Being a classically trained opera singer, as well as having performed Jazz and Gospel sets at many prestigious events such as Obama's Inauguration Ceremony in Detroit, Farrah uses her unique voice and background to blend many different genres and styles into her own music. She incorporates both her roots - being a Chaldean woman growing up in metro Detroit - and her current experience working out of Los Angeles into her newest release.

"Lies" includes a Detroit rap-inspired track "Ice Pack," the title track "Lies" - which serves a Middle Eastern vibe, and "What Do You Want," "I'm In Love," and "Carefully" all of which call back to the pop roots of her debut release "Farrah Please" while moving forward with west coast dance influences.

"Lies" is currently available for preorder on digital retailers and will be available for digital purchase and streaming on June 19, 2020.

Her music can be heard on Spotify https://open.spotify.com/artist/6RZRM6i4lpRuRBCLvFFKiV as well as Apple Music, Tidal, YouTube and Soundcloud.

This press release was issued on behalf of the news source, who is solely responsible for its accuracy, by Send2Press Newswire. To view the original story, visit: https://www.send2press.com/wire/rising-pop-artist-farrah-mechael-dropping-summertime-ep-lies/