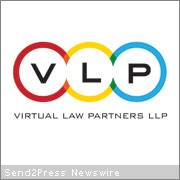 Michael Powlen comes to VLP from Global Law, LLC, a virtual law firm he founded in Silicon Valley and San Francisco. Michael’s legal practice focuses on federal and state taxation. Michael was previously chairman of the tax department at Morrison and Foerster, LLP and is now the chair of VLP’s Tax Group. Michael has handled a wide variety of transactions in the areas of general corporate law, real estate and finance. Michael has taught at Stanford Law School, and has been a lecturer on various topics for the Practicing Law Institute, ALI/ABA, the NYU Tax Institute, the Tax Executives Institute, California CEB, and other professional organizations. Michael has published a number of articles and co-authored the chapter on Series LLCs for the treatise Forming and Operating California Limited Liability Companies published by CEB. Michael is a past co-chair of the Partnership and Pass-through Committee of the California State Bar Section of Taxation. He has served on committees of the Section of Taxation of the American Bar Association.

Andy Toebben comes to VLP from the Silicon Valley office of Gunderson Dettmer Stough Villeneuve Franklin & Hachigian. He specializes in all areas of corporate and securities law, with a primary focus on the formation and financing of emerging technology start-ups. Last fall, Andy took a leave of absence from the law firm to serve on then Senator Barack Obama’s Campaign for Change. As Deputy Director of Voter Protection, he led the Presidential campaign’s legal efforts to protect the vote in the Commonwealth of Virginia. Andy received his law degree from the University of Virginia School of Law. He received his bachelor’s degrees in economics and sociology from the University of Wisconsin-Madison, where he graduated with highest honors and was elected to Phi Beta Kappa.

Brian Swanson brings to VLP over fourteen years of in-house and law firm experience counseling healthcare and technology clients on domestic and international transactions and matters. He focuses his practice on healthcare, commercial and technology transactions and on acting as outsourced in-house counsel for early-stage companies. Immediately prior to joining VLP, Brian spent five years in solo practice. Brian began his career with Shearman & Sterling and, prior to establishing his own practice, served as Vice President, Legal Affairs for Neoforma.com and Senior Corporate Counsel for Varian Medical Systems, Inc. Brian graduated from Dartmouth College and received his J.D. from the University of Minnesota Law School, where he graduated Magna Cum Laude and was a member of the Order of the Coif.

Geoff Ossias comes to VLP from Cooley Godward Kronish LLP, where he maintained a general corporate practice focused on venture finance and public securities in the technology, biotechnology and life sciences industries. Prior to joining Cooley, Geoff worked as senior counsel in the SEC’s Division of Corporation Finance in Washington, D.C. From 1997 through 2001, Geoff held senior positions in charge of corporate finance, investor relations and international operations for MyPoints.com, a publicly-traded Internet marketing company based in San Francisco and acquired by an affiliate of United Airlines. Geoff has handled a wide variety of transactions, including public and private offerings, mergers and acquisitions, entity formation and executive compensation, as well as compliance with reporting obligations under the Securities Exchange Act of 1934. He routinely advises management and boards on matters of corporate governance. Geoff graduated magna cum laude and Order of the Coif from Hastings College of the Law in 1997. He is a member of the bar in Arizona, California and Virginia.