You are here: Home › New Video on the Scientology Website: How the Church Reaches Out with Help
By Send2Press Newswire on October 18, 2022 in Mass Media News 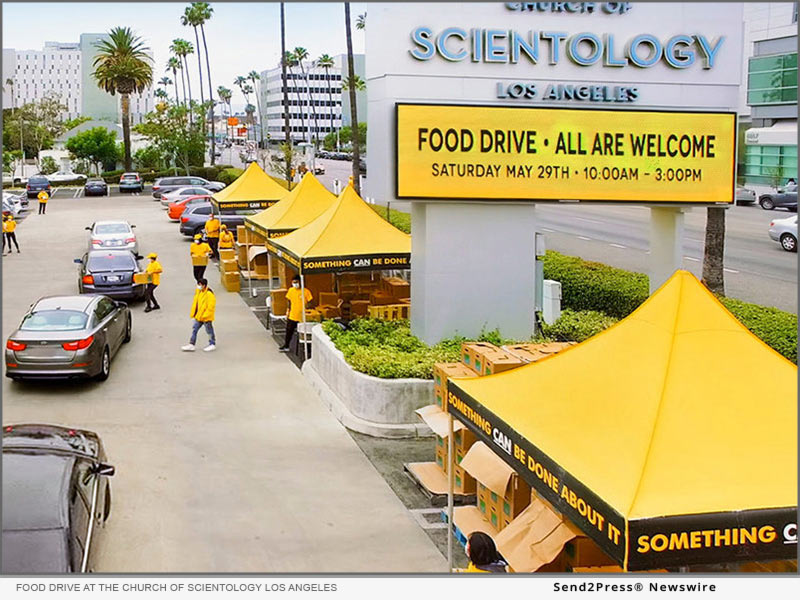 LOS ANGELES, Calif., Oct 18, 2022 (SEND2PRESS NEWSWIRE) -- A video on Scientology.org shows why underserved neighborhoods in Los Angeles know they can depend on the Church of Scientology. When one thinks of Hollywood, some envision fancy cars on Rodeo Drive, red-carpet events and searchlights announcing movie premieres. That's the impression that fills the pages of entertainment and celebrity websites and blogs and endless social media posts.

What these news sources fail to convey is what goes on behind the scenes and the people who make these lavish events possible: Those who prepare the delicacies, park the automobiles, pour the drinks, clear the tables and wash the dishes. And particularly, what happened to these people when the pandemic struck.

The service industry was among those hit hardest by the lockdown. Restaurants, movie theatres, shops and other nonessential venues abruptly closed their doors, putting workers out of their jobs for an undetermined amount of time. They didn't know if they would be able to return to work at all.

Many in the service industry are immigrants residing in far less affluent East Hollywood, earning hourly wages and working long hours to put food on the table for their families and see to their basic household necessities.

"A lot of the organizations that volunteer closed," says the executive director of an immigrant charitable foundation in East Hollywood. "The local food bank half a block away from here closed its doors until December. Those people needed food and now the places they could get it from before were not available."

She turned to other nonprofits and churches for assistance to get food to families in need. "Nobody came through except the Church of Scientology," she said.

For six months, she worked with the Church of Scientology to feed the local population. The need was intense.

"When you have someone coming in with a walker and standing in line for three hours to get a couple of bags of groceries, you know he really needs it," she says. "Our collaboration has been very, very fruitful. We've touched so many lives."

When the holidays approached, her foundation organized a toy drive for gifts for children of out-of-work parents.

"We figured if people were willing to stand in line for three hours for groceries, there were not a lot of discretionary funds left over for toys," she says.

They decided to provide toys for 100 kids but when they posted about it, within two days there were requests for 450.

"Out of desperation, I called the Church of Scientology," she says. "And like knights in shining armor, in a matter of a week, they were able to send me more than 400 toys."

She described a very humble young man who came with his sister and brother and he made sure his brother had toys first and put himself last in line after his younger siblings. When they gave a toy to him, his grandmother started crying and explained this was the first time this boy had ever received a present of any kind. He was 14 years old.

"It has been a privilege to get to know your volunteers," says the foundation's executive director. "If there is a need, they show up. That is such a rare thing. And I am grateful. Thank you for making our work possible."

The Church of Scientology of Los Angeles is designed to provide ideal facilities for Scientologists on their ascent to higher states of spiritual freedom and to serve as a home for the entire community-a meeting ground of cooperative effort to uplift people of all denominations. It was dedicated by Scientology ecclesiastical leader Mr. David Miscavige in 2010.

The Church of Scientology Los Angeles is featured in an episode of Inside Scientology on the Scientology Network, available on DIRECTV channel 320 and streaming at Scientology.tv, through mobile apps and via the Roku, Amazon Fire and Apple TV platforms.

For more information, visit the website of the Church of Scientology Los Angeles.

This press release was issued on behalf of the news source, who is solely responsible for its accuracy, by Send2Press Newswire. To view the original story, visit: https://www.send2press.com/wire/new-video-on-the-scientology-website-how-the-church-reaches-out-with-help/